The SUPPORT Arts and Crafts International Centre of Thailand (Public Organization) or SACICT will be holding the “9th Identity of Siam” in the ‘Thai Wisdom, True Treasure’ concept. The exhibition will feature the nation’s top The Master Artisans of Thailand, The Master Craftsmen and The Craftsmanship Descendants. More than 150 rare pieces of craftworks will be showcased and available for sale from 22 to 25 February 2018 at Queen Sirikit National Convention Center.

Mrs. Amparwon Pichalai, Chief Executive Officer, The SUPPORT Arts and Crafts International Centre of Thailand, disclosed that as a state agency, SACICT is responsible for the promotion, encouragement and development of Thailand’s handicrafts and folk arts to achieve recognition and reputation in domestic and international markets. SACICT also seeks the expansion of opportunities and market channels for Thai handicrafts and folk arts. As one of annual events held by SACICT, the Identity of Siam aims to foster a sense of belonging in Thai handicrafts for Thai people to pass on to next generations. The essence of the exhibition includes knowledge on Thai handicrafts, ranging from the past until present, which has been preserved by Thailand’s The Master Artisans of Thailand, The Master Craftsmen and The Craftsmanship Descendants or enthusiastic learners. In addition, it is expected that Thai people will honour the royal grace of Queen Sirikit for her leadership to create opportunities and her guidance for Thai people across Thailand to turn traditional crafting skills into occupations, for which have proven to sustain for decades. The vision of Her Majesty Queen Sirikit has successfully encouraged Thai people to transform the value and beauty of Thai handicrafts into Today Life’s Crafts.

The “Identity of Siam” has been held for nine consecutive years. Holding with the ‘Thai Wisdom, True Treasure’ concept, the exhibition will reflect the “Kingdom of Thailand that distributes valuable craftsmanship throughout the whole land”. This year, the exhibition was designed to be the grandest ever. The 9th Identity of Siam will feature Thailand’s pinnacle of artisanal wisdoms from all over the country to showcase and for sale at more than 150 booths packed in the three following key zones:

Zone Two: The Artisan’s Workshop (Hattakam tam mue) includes workshops led by The Master Artisans of Thailand, The Master Craftsmen and The Craftsmanship Descendants. No less than 3 sessions will be held daily or totally 12 sessions or more through the exhibition period.

At the “Identity of Siam” press conference, SACICT showcased 9 craftworks which are distinct and preserving the identity of Siam. These include Kong Luang embroidered cloth, Thai Leu cloth, Pha La Nging cloth, Golden Neillo – Silver Neillo – Inlay gold, Puzzle Ring, Wood Carving, Puppets, Sukhothai Silverware and traditional Thai musical instruments. Talks were also held with certain respectable The Masters. For example,Mr. Samrerng Daengnaewnoi, the Master Artisans of Thailand 2018 from the Department of The Ten Crafts (Krom Chang Sip Mu), who has adhered to preserve and inherit the divine craftsmanship of royal Thai wood engraving for 62 years. Using his advanced crafting skills that strictly follow traditional court traditions, Master Samrerng’s works are highly unique, especially the elements of carved woods used in the royal urns of many royal family members. Also joining the talk was Mr. Phiya Sawanpruk, the Master Craftsman 2017, who brings the “Pha La Nging” fabric that had vanished for a century back again to reflect the wisdom of the Muslim in Thailand’s southern border provinces. In addition, Mr. Chukiat Niam-ton, the Craftsmanship Descendant 2018, joined the talk to feature his amazing “Puzzle Ring”, an ancient wisdom inherited from ancestors in Chanthaburi province that is unable to be replicated. There was also the “Human Puppet” show from the Bunditpatanasilpa Institute, performed by Arm (Kornkan Sutthisoses), Thai artist who competed in The Mask Singer. 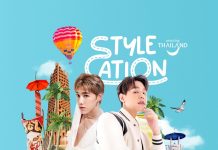 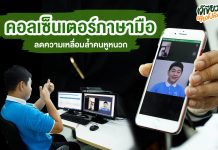 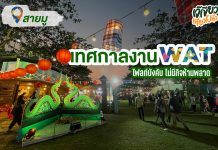 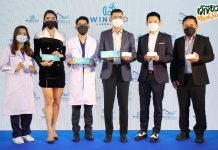 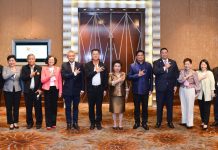 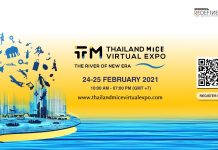